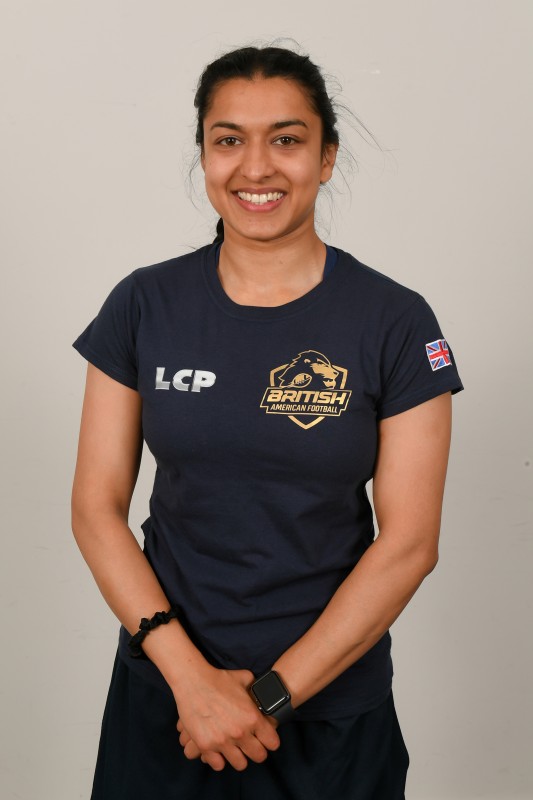 A Commercial Accountant at national commercial property and investment company LCP has been named in the Great Britain Women’s American Football Squad after extensive trials.

The first match is on Saturday, July 30, when GB plays Mexico.

Sophia, who has worked at LCP for just over one year, said she was excited to be selected for the 45-strong travelling squad after playing the sport for just four years.

“This is a big responsibility and being chosen is a reflection of the hard work I have put in on and off the field,” she said. “I am very happy to have been selected and will try my best to positively represent women in sport and Great Britain.”

Sophia, who lives in Dudley, trains twice a week for the League and also undertakes two-day training camps every month for the national team.

“It’s a big commitment but it is paying off now I’ve been recognised and included in the squad,” she added.

James Buchanan, Group Managing Director of LCP, which has agreed to sponsor her, said: “We’re so proud of what Sophia has achieved, on top of her full-time role here at LCP. We’ll be cheering her on when she heads to Finland.”