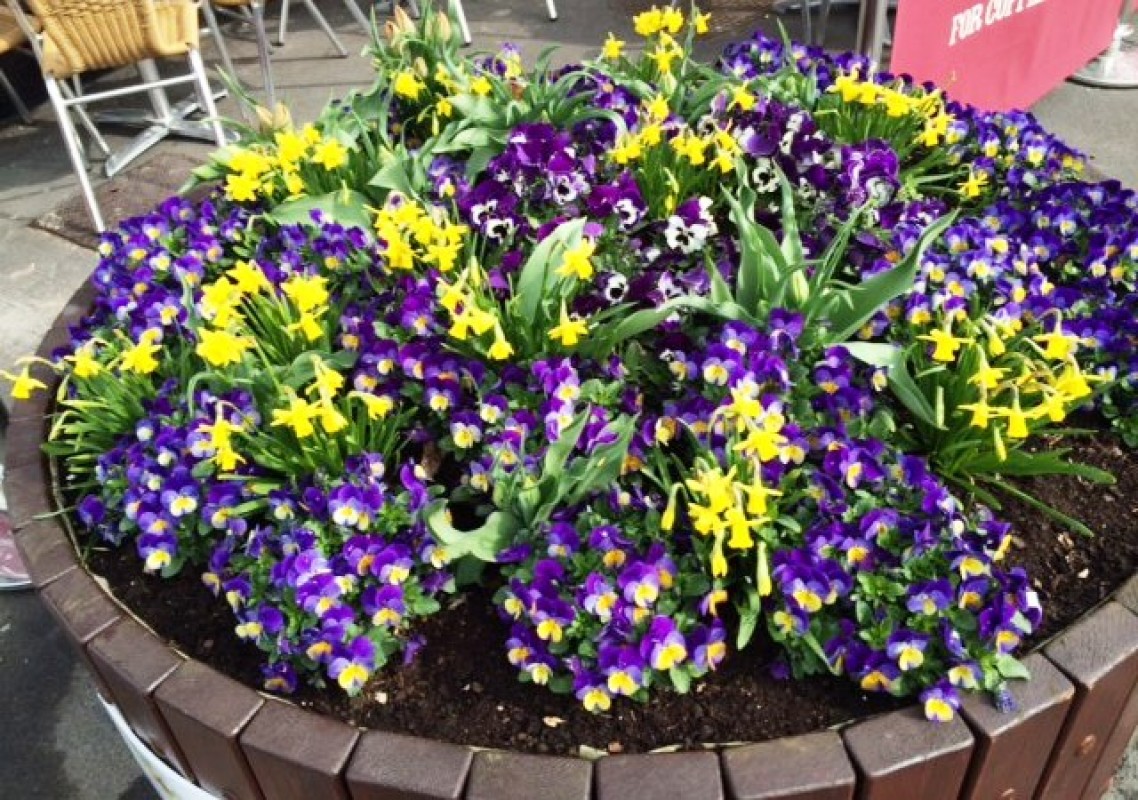 The landlord of the main shopping square in Maghull is hoping that flower power will reign this year after it agreed to water dozens of planters throughout the summer for the award-winning Maghull in Bloom.

LCP, the national commercial property and investment company that owns and manages Central Square, will help to look after more than 40 large and colourful barrier planters and displays at the shopping centre and surrounding areas three times a week between June and September, ensuring that the town can enjoy stunning floral arrangements for the season once again.

An army of about 25 volunteers plant thousands of flowers every year in the town to brighten up the area – and work is already under way to ensure that colourful blooms are ready for planting in late Spring.

Simon Eatough, LCP asset manager, said it stepped in to offer its services after Maghull Town Council was said it was unable to water the plants this year.

“The displays by the Maghull in Bloom committee are always magnificent and we didn’t want to see them miss a year because they were unable to get someone to water the plants,” he said.

“We are only too pleased to help and we’re looking forward to seeing the flowers add a burst of welcome colour to our streets.”

George Baker, Maghull in Bloom committee chairman, said he was grateful to LCP, which meant that the dedicated volunteers could continue their work.

“Maghull Town Council has supported us over many years and for that we are thankful,” he said. “We’re now pleased to have the support of LCP. Its contribution is vital for the displays to continue in Central Square because it would be impossible for the volunteers to maintain them.”

Maghull in Bloom, which was formed in 2006, has entered North West in Bloom for last nine years during which time the volunteers have been awarded a top “outstanding” award in the neighbourhood category for Central Square on at least half those occasions. It has decided not to enter the national contest this year, but has pledged to make its displays just as memorable as it always has.

The committee members not only plant floral displays throughout the town, they also undertake a weekly litter clearance along the whole three-mile stretch of the Leeds to Liverpool canal that runs through Maghull.